Alpkiteer Al Humphreys tells us why he loves night riding.

I have ridden my bike at night many times, of course. Home from the pub, round town, back from the station, down a motorway into Istanbul, out of the desert into the dawn in Sudan, through the night and the ice and the mud in a 24-hour mountain bike race. But I have never done it specifically for the fun of it before. I’ve never thought, ‘I’d like to go for a bike ride today. I know, I’ll wait until night falls and go then.’ Sometimes a few things collide and combine to nudge me out the front door and try something new. The first was interviewing Jenny and Lee from the Adventure Syndicate for Alpkit. They shared loads of hilarious tales of the joys of riding through the night. Then I read a lovely NYT article about the joys of biking at night.

“There was a frivolity to the night ride, too, a kind of frivolity I hadn’t felt these past months. I’d spent so much of the pandemic sitting at a desk, sitting in bed, sitting on a couch. Sitting and worrying and doom-scrolling. My days were defined by a constant dread, and the world felt like a thing that happened to me, not something I could participate in. But during the night ride, I paid attention only to the moment. If I didn’t, I’d hit the pothole in the road, or my wheel would fall into some precarious groove. So by necessity, I became present, and I felt present, which is to say everything started to feel fun again.”

And finally I came across a beautiful series of self-portraits of a cyclist, riding through the gloaming and the dawn.

"In winter, it’s cold starlight, the crunch of frost under my wheels, occasionally snowflakes swirling in the glow of my headlamp."

I was convinced! I wrapped up warm, lashed every light* I could muster onto my bike until it looked like a Christmas tree, criss-crossed myself with hi-vis*, and hit the road. 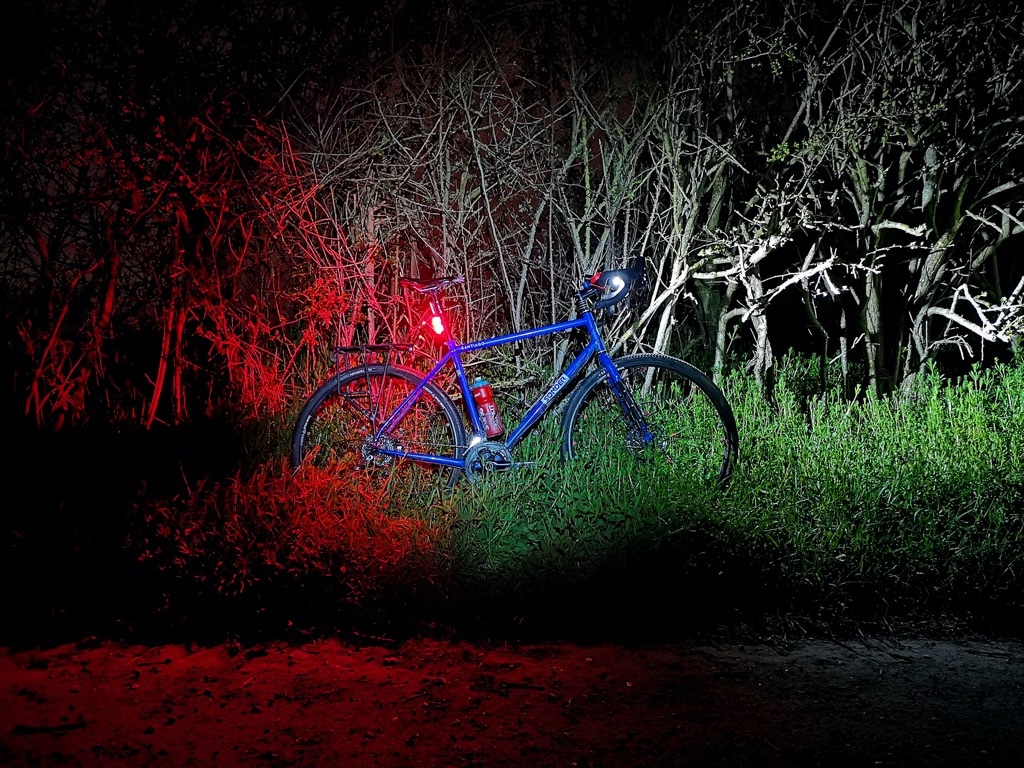 I have recently re-discovered the gentle pleasure of following-my-nose-cycling, turning down roads that grab my attention, each navigational a split-second gut decision based on how quiet a lane looks and a preference for places I have never been. The Beeline bike computer (or app) has helped bring back that simplicity to my riding.

I decided to return to an area I visited on my Single Map explorations as that was the last day ride I took. I thought the comparison would be interesting. It was, needless to say, a very different experience. There was a chill to the night air as I barrelled down the narrow white tunnel of light. I felt alert, more tuned in for potholes or patches of gravel. I felt that I was zipping along far faster than I probably was. It was fun. It was exciting. On narrow country lanes I actually felt safer than usual as I had plenty of warning for any approaching car.

Your senses play different roles at night. My vision was limited to the pool of light in front of me. The roadside flowers all closed like little fists. The white blossom of hawthorn hedges contrasting with the faint orange glow of the distant London sky. All the colours muted.

I glimpsed the eyeshine of a few nocturnal animals –white and green– that slipped swiftly away into the darkness. Slipping quickly and unseen through occasional villages, illuminated by street lamps, was like sliding through the background of Edward Hopper’s Nighthawks painting. I noticed things differently by night. A huge house, for example, that I missed the last time I passed. But at night the light from all its windows and TVs spilled through the tall beech hedges that shielded the house from view by day.

My hearing felt more acute; the hum of tyre on tarmac, the flap of startled roosting birds, the call of an owl. But the sense which really came to the fore was my often-ignored sense of smell. One house had lit a coal fire to warm this chilly April evening. Another home I passed was burning wood. There was the smell of cool earth from ploughed fields, the dampness of a village pond. Once I caught a distant scent of tyres burning on a bonfire which instantly threw my mind back to night riding through Tanzania on a humid, winding road towards a tea plantation in the highlands.

This buzzing of my mind was a noticeable feature of riding at night. It was exhilarating and definitely the most fun I have had in ages. My brain had fewer things to be distracted by now that the roads were quiet and I was surrounded by darkness, like wearing blinkers.

As an experiment I rode half of my route in silence and the second half listening to music. During the quiet time my brain whirred and pondered over the issues of the day. It was a great time to think, to plan, to reflect. With the headphones on, the experience became more immediate. I pedalled faster, leaned into curves, grinned in the cold air, and whooped out loud to the music as I swept downhill.

Yes, it’s good to try something new, or to rediscover something you have not done for a long time. I will definitely choose to head out on night rides more often. The only downside was that I found it hard to get to sleep after returning home at 11pm, grinning and buzzing from my late evening ride.

*I love reflective gear when cycling or running at night. It helps keep you much more visible to cars. I would like one of those crazy reflective jackets (like this) but make do with lights galore, reflective tyres and wearing a reflective bandolier and ankle bands whenever I run or ride. Whilst you can make do by using any old bike lights and headlamps that you have, it certainly makes things more fun (and safe) if you have good lights. I have a Knog Pwr Trail bobby dazzler and Cobber rear light as well as a pair of Alpkit lights and a headlamp which I wear on my helmet. They have a good range for whatever budget you are on. 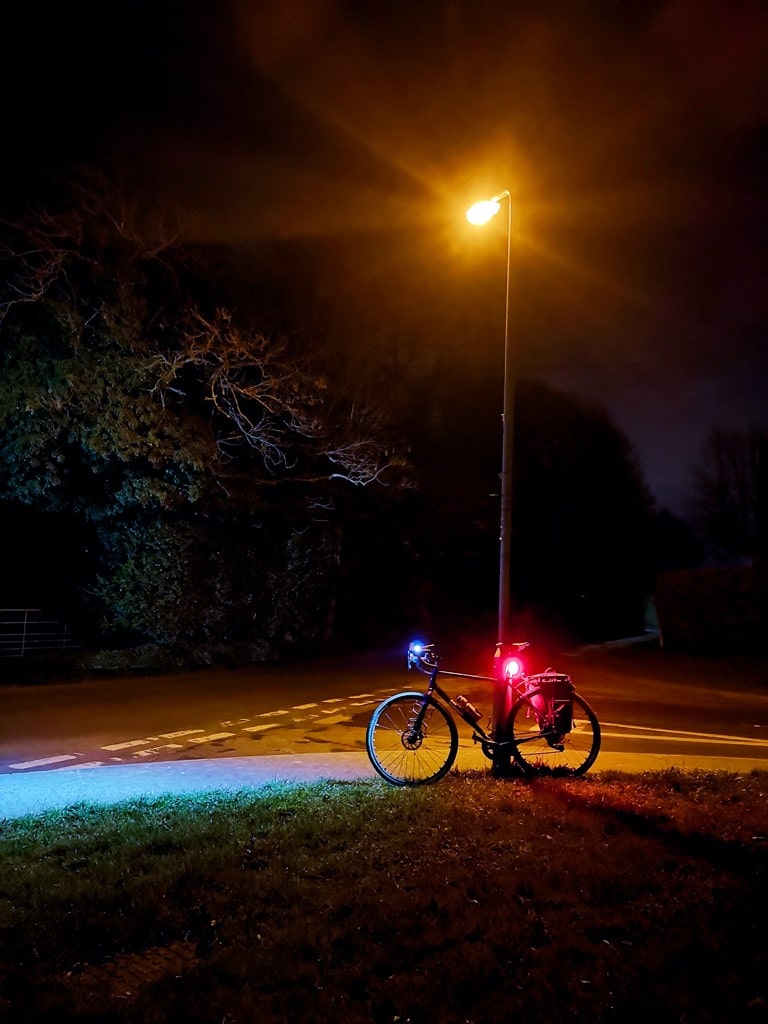